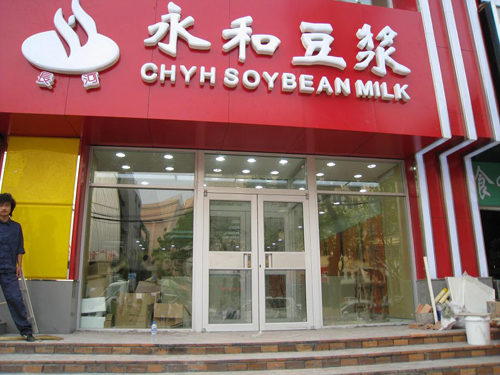 Survey: The company acknowledged the clerk did not recognize

The first one to smash Yonghe Soymilk was a Yonghe soya-bean milk shop waiter from Henan Middle Road, Henan Province. When the local asked whether there was a sale of ground soybean milk in the store, she answered bluntly: â€œWhile the soybean milk that is used for grinding beans is now, it is soybean milk powder. Red."

Another Chinese snack that fell into the soymilk door made a statement last night stating that the soymilk sold in the store was made from soymilk powder. But yesterday afternoon, real kung fu at the Beijing Railway Station purchased a glass of iced soybean milk, and asked the clerk if he was grinding. He got a positive answer. "I thought you were using soy milk powder too." Hearing this sentence, the clerk laughed without saying anything.

â€œEvery day I go to work to buy a cup of soy milk from the morning stalls, will it be milk powder red?â€ Mr. Wang said the public, he passed through the morning stalls are selling â€œfreshly ground soybean milkâ€, knowing that these things are worried. Mr. Wangâ€™s fears are not excessive. It seems that the use of soy milk powder to soak milk has become a hidden rule in the food and beverage industry. A catering industry veteran revealed that the freshly ground soymilk in the breakfast shop was actually brewed with milk powder. â€œFee work, water fee, and electricity fee are not necessarily good tastes and are not helpful. Besides, how can a small breakfast stall cost so much money to buy a soybean milk machine?â€

In fact, in addition to soymilk, news has been reported from time to time in recent years that many beverages are made from brewed cola, such as cola concentrate with cola concentrate, and fruit juices with solid powders such as Guozhen. In July of this year, a batch of Coca-Cola stock solution had detected excessive preservatives in Taiwan, and according to Coca-Cola, the stock was sold to a cup of Coca-Cola for sale.

Homemade soybean milk with a soymilk at home, approximately 70 grams of soybeans added 1.3 liters of water, you can get about 1.5 liters of milk, according to the amount of 300 ml cup, you can get 5 cups of milk. At present, the price of soybeans in supermarkets is about RMB 78 per kilogram. According to this calculation, the cost of making a cup of soy milk is around RMB 0.2.

As such, the cost of freshly ground soybean milk is not high. However, one catering industry source said that the cost cannot be counted as soybeans. â€œWater, electricity, equipment, rent, and labor have to be counted in. It is still more expensive than using soybean milk powder. Moreover, if it is not properly preserved, the freshly ground product is very It's easy to have problems. Who can afford this responsibility?"

In addition, we have also confirmed the high cost of freshly ground soybean milk from Yonghe, who has been using soymilk as its main product.

Mr. Wang, the relevant person in charge of Yonghe Kingâ€™s Northern District, said yesterday that each of their stores has a dedicated soya-bean milk room and special equipment. The input cost is huge. Soybean milk is freshly ground, using non-genetically modified soybeans, and no additives are added. "There must be a soy milk room in the design drawings, otherwise it cannot be passed."

Yesterday, on the grounds of proofing the purchase of soybean milk, unannounced visits to several beverage smelting powder shops on the People's Road revealed that soybean milk powder at different prices was found on the market.

A shopkeeper revealed that many soybean milk chain stores and food and beverage outlets use soybean milk powder to brewing soybean milk, and soy milk sold at roadside stalls is mostly made from soybean milk powder. Compared with freshly ground soymilk, soymilk powder can be used for a shorter time, lower cost, and better taste. The shopkeeper also promised to say, "If you want to buy it, I will show you three certificates. These soymilk powders have passed the quality inspection and are harmless to the human body. They are three to five boxes when they come to purchase!"

The best use of milk powder

At present, soymilk rushed out of soybean milk is still sold normally at the above-mentioned fast food restaurants. However, some consumers already feel that they cannot accept this fact. The public, Miss Yang, said that she would not drink KFC's soymilk anymore. â€œNot as good as I would be soaking myself at home. At a cost of 7 cents, changing a cup would increase 9 times. Itâ€™s completely pit father. Ah.â€ But there are also consumers who say that buying soy milk in fast food restaurants is a frustrating move. Yesterday afternoon, Mr. Yang, who was eating at the Beijing Kungfu Kungfu store, said that he had already known that the soybean milk powder rushed into the milk. â€œBut you can't bring a cup with you. You can buy it with you. It's better than drinking carbonated drinks.â€

However, in random visits, there was no restaurant that explicitly stated the use of soy milk powder. Regarding this, some citizens have stated that it is best to tell customers in a striking position that soymilk is made from soymilk powder so as not to mislead consumers. "I can't stand this kind of psychological fall," said Miss Yang.

"Soybean milk powder and fresh soybean milk are safe to eat from soybeans, but excessive amounts of soya milk defoamers are harmful," said the director of the Center for Nutrition and Food at the Hangzhou CDC.

"Soy milk must be cooked before it is ready for drinking", which is a special consideration.

Due to the presence of saponin, trypsin inhibitors, and vitamin A inhibitors in raw soybean milk, there is also bean odor and the like. Among them, saponin has a strong irritant to the digestive tract mucosa, which can cause congestion, swelling and hemorrhagic inflammation, and nausea. Symptoms of poisoning such as vomiting, diarrhea, and abdominal pain; trypsin inhibitor itself is a protein that selectively binds to trypsin to form a stable complex that inactivates trypsin, resulting in the hydrolysis of proteins to amino acids. Inhibition inhibits the digestion, absorption, and utilization of protein in the diet and reduces the nutritional value of soymilk. Vitamin A inhibitors can oxidize and destroy carotenoids and affect the absorption of nutrients.

In addition, raw soybean milk is rich in protein, fat, and carbohydrates, and is an ideal condition for the growth of microorganisms. Therefore, soy milk must be boiled thoroughly. When soymilk is boiled, it is also necessary to remove the floating foam and then boil it for about 5 minutes with slow fire so that the harmful substances are completely decomposed and destroyed, and microorganisms are killed.

It is well-known that the addition of edible defoamers within the country's allowable range is not harmful to health. Excessive amounts, like other food additives, are hazardous. It is also harmful if industrial defoamers are added.

It is reported that industrial defoamers are widely used in coatings, paints, paper, petroleum and other industries, due to their low purity, and contain heavy metals such as arsenic, lead, and human health hazards. Lead is a consumable metal that can cause chronic lead poisoning and can cause damage to the nervous system, blood system, cardiovascular system, and skeletal system. Arsenic can cause changes in the human nervous system, such as numbness in hands and feet, weakness in limbs, and so on.

The Hangzhou CDC recommends that consumers consciously drink homemade plant protein beverages. If they want to drink, they must choose the QS logo beverages that are produced by regular manufacturers through advanced equipment. Such products have strict hygiene and quality assurance. When the homemade home-made soybean milk is used, it is only necessary to remove the above foam during the cooking process.

The Manual Resuscitator is a small portable ventilator used for emergency rescue both inside and outside the hospital. This product is used by medical personnel and personnel with short-term training in emergency situations, and can be used in emergency rescue locations and during the transportation of patients. 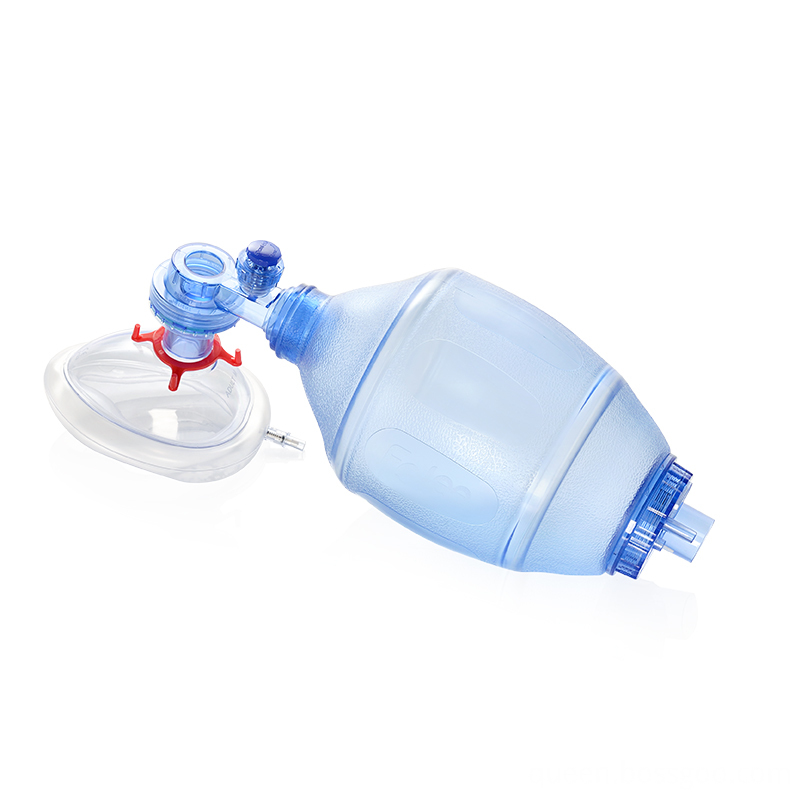 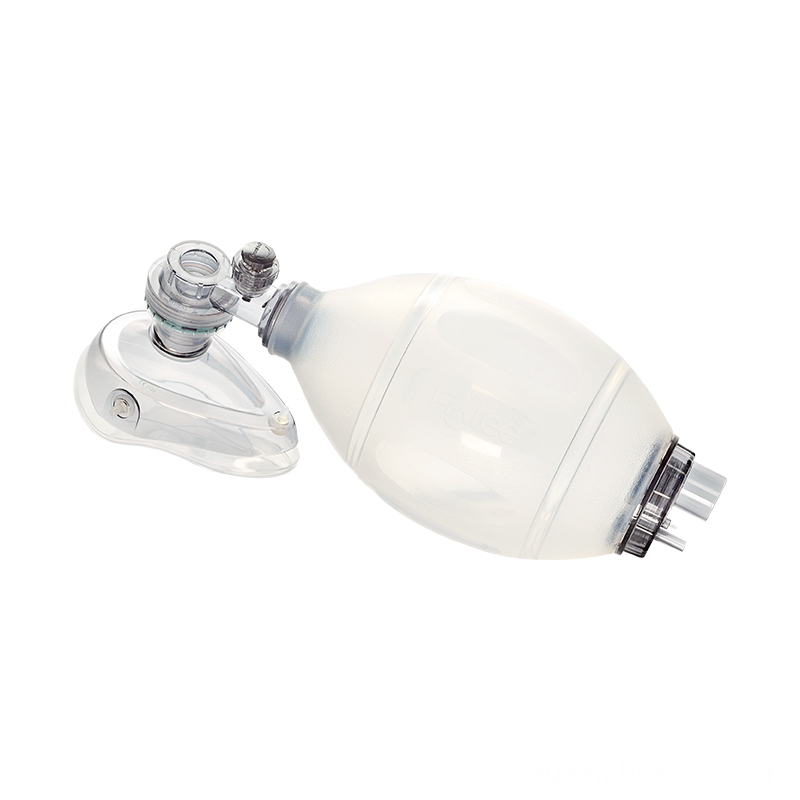