1. Shade and make-up seedlings: Wherever possible, after planting, it is best to cover straw around the plants, or to cover the shade net at the top of the greenhouse. This has a good effect on decreasing the temperature and light intensity in the summer, preventing rainstorms, and promoting the survival of the seedlings. The fifth day after planting should check the survival of the seedlings and find that the seedlings must be filled in time. After easing the seedlings, the coverage time of the sunshade nets can be gradually shortened, that is, appropriate shading with shade nets at noon during the high-temperature season and should be removed sooner or later.
2, fertilizer and water management: summer cabbage is fast-growing vegetables, short growing period, there is no obvious period of the rosette, so management should pay attention to fertilizer and water early, a promotion in the end, it does not seedlings. On the basis of adequate basal fertilizer, topdressing should be applied early enough. If the basal fertilizer is sufficient, the number of dressings can be reduced. Fertilizer should be a small number of times. Generally, 5 to 7 days after planting, when the plants resumed their growth, they were topdressed for the first time to promote root and leaf growth. Urea 3 ~ 4 kg of urea per acre is used as a seedling fertilizer after watering, and the top dressing is continuously applied twice. The second time dressing is in the lotus stage, 10 to 15 kg of compound fertilizer per mu and 8 kg of potassium fertilizer. The third top-dressing should be re-applied with nitrogen and potassium at the early stage of ball-making. 20-30 kg of compound fertilizer per acre is used as ball-bearing fertilizer. Fertilization can cover the soil after deep ditching between rows, and watering immediately after top dressing.
After planting and before becoming alive, watering is done every morning and evening to keep the soil moist. During the nodule period, care should be taken not to pour water, especially polluted water, onto the leaf ball. Drench the soil next to the plant. Watering should take place in the afternoon. If there is a lot of rain, you should drain the water and avoid water accumulation. Proper water control should be applied to prevent harvesting.
3, cultivator weeding: should be carried out before the ball, after watering or timely cultivator weeding after the rain, should grasp the depth of cultivator, pay attention not to hurt the root, so as not to affect the growth and development of Chinese cabbage.

Goji Berry is taken as one of the most famous plants, which can be both for medical and eating use. The history of goji berry up-picking and for eating use has a long history of 4000years in China. People from different social hierarchies, from the emperor to ordinary people, take goji berry as a good component of medical prescriptions. Goji berry enjoys a great popularity from ancient to modern times, at home and abroad and it has a long lasting and profound life preservation culture. 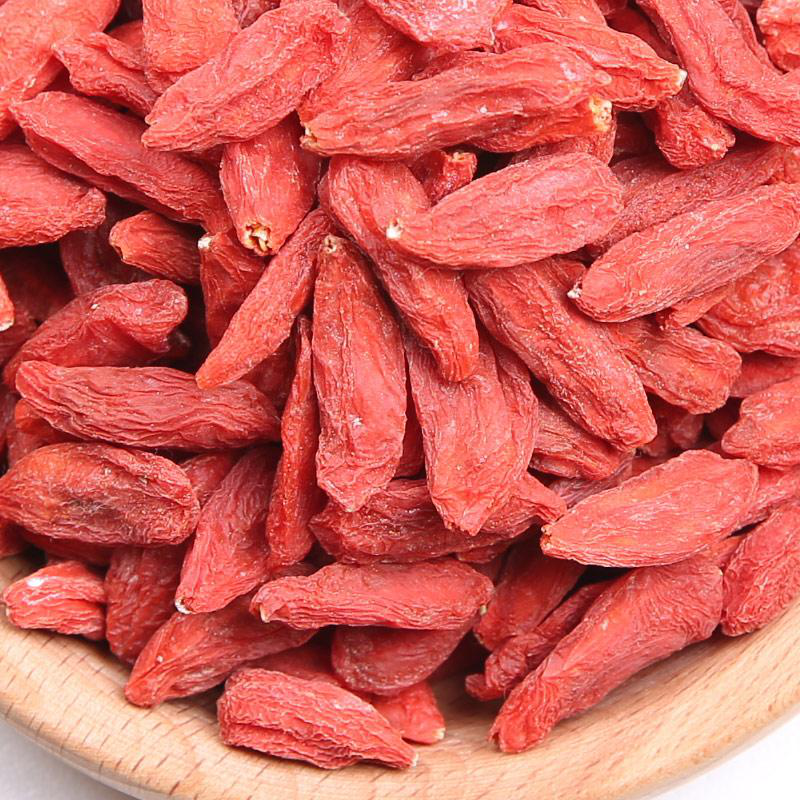 Ningxia goji berry is categorized into 5 levels for experimental use. The fruit particles are required to have evenness in shape, with juicy fruit but not dry particle with impurities, humidity or bitten by insect.

Color: The color of Ningxia goji berry should be red or dark red and lack luster.

Shape: Ningxia goji berry has big spindle size in shape with thin skin and full pulp. The particle is somewhat above normal size with style trace at the front of the particle and white stipe trace at the bottom.


Flavor: Ningxia goji berry is astringent at first bite then sweet, without ill-smell.